Answering the Alarm is the second commissioned bronze statue in Derby, built in 2019 for Fire Station 81. The statue stands in the center of a plaza in front of the station and pays tribute to the lives lost on September 11, 2001.

John Parsons, a well-known local artist and former firefighter, met with several members of city leadership to discuss the design. The City held a public campaign to offset some of the costs. The statue was purchased by the City and by generous donations made by members of the community.

The statue features two firefighters charging forward with one man steps behind the first, supporting the front man with a hand on his shoulder. Parsons created a realistic scene with details down to the firefighters' boots. By using real fire gear, he scaled to size the fire gear used in his design. Behind the firefighters is a wall symbolizing flames. At night, red and orange lights illuminate the wall bringing it to life. 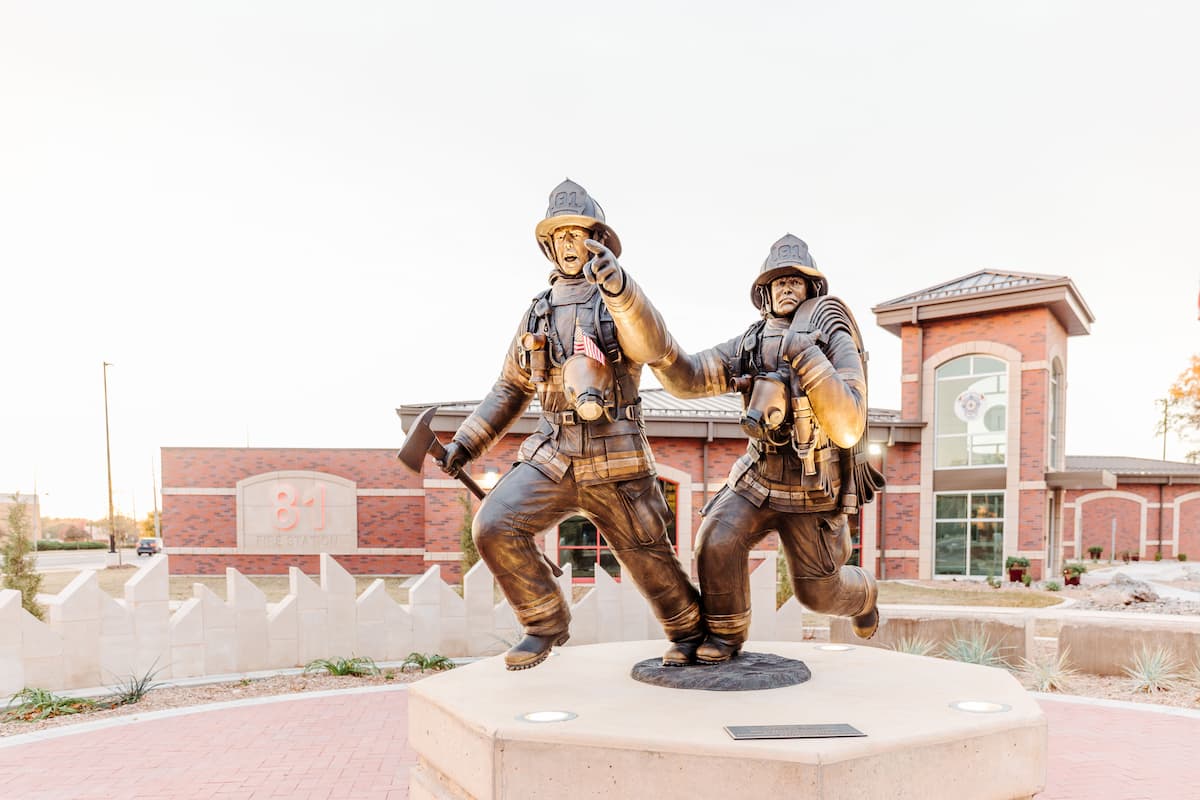